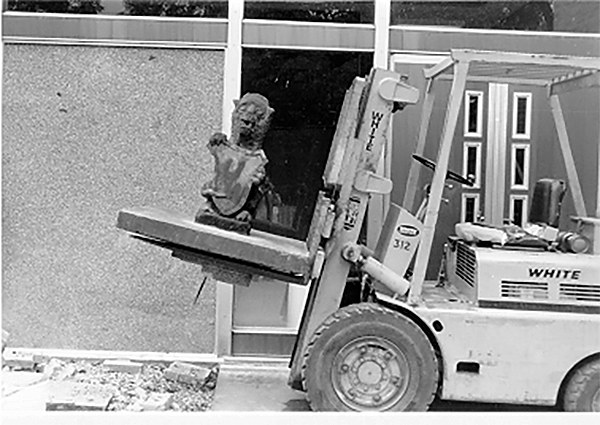 In 1963, when the existing Law School was demolished to make way for a new building, Dean George Young found and rescued a sandstone gargoyle from the rubble. It was one of a pair of gargoyles that had sat on the roof of the 1893 building for nearly 70 years. That gargoyle, which became a symbol of the Law School, is on permanent display in the atrium. The second gargoyle, originally believed to have been destroyed during the 1963 demolition, was recovered in 2018 after spending nearly 70 years with the Paul Been ’53 family. It, too, is back at the Law School.