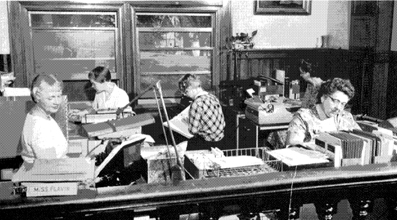 June Spearbraker Zwickey received her law degree in 1936. In a Spring 1988 Gargoyle essay, she described her early experiences in the Law School: “The first couple of years were somewhat uncomfortable. Four girls were conspicuous among 400 fellows. However, when it became apparent that we were all there to learn, that the girls were not there primarily to snare a husband, and that we did not fall over in a dead faint at the use of four-letter words, the atmosphere became more relaxed.”